Should Abdominoperineal Resection Rate be used as a Surrogate Marker of Hospital Quality in Rectal Cancer Surgery? (#130)

Background: Rates of abdominoperineal resection (APR) have been suggested as a solitary surrogate marker for comparing overall hospital quality in rectal cancer surgery. This study investigated the utility of this marker by examining the associations between hospital APR rates and other quality indicators.

Conclusions: APR rates do not appear to be a useful surrogate marker of overall hospital performance in rectal cancer surgery.

This research has been accepted for publication in the British Journal of Surgery. 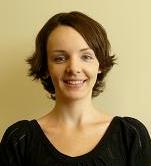 Mikaela is a PhD candidate and a research officer at the Cancer Epidemiology and Services Research (CESR) group in the School of Public Health, University of Sydney. Her PhD involves the exploration of clinician-based, patient-based, and health system barriers to evidence-based care of older people with colorectal cancer.